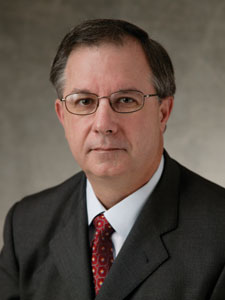 My greatest satisfaction in practicing medicine is the long-term relationships I have with patients. We share more than just a doctor-patient appointment. I find we have common backgrounds, common interests, and common dreams and goals.

Dr. Greer pioneered a number of “Arkansas firsts” for implants of devices used to treat rhythm disorders and catheter ablation, a technique to alter or destroy abnormal electrical circuits in the heart. Since 1987, Dr. Greer has been very active in clinical research. Many of the implantable devices used for heart rhythm management today came as a direct result of these efforts.

He and his wife, Pamela, have two sons and five grandchildren. The Greer family enjoys spending time together through involvement with their church, playing golf, snow skiing and hunting.

University of Arkansas for Medical Sciences

University of Arkansas for Medical Sciences